Ethiopia, Northern Sudan, and Somalia Next!

The Arab Spring will continue into next year! This time it will be the new country of Northern Sudan (Muslim), Ethiopia, and parts, if not all of Somalia. Why? One they are all Muslim, and second they were long ago considered to be one country. Also, the Bible mentions that in Daniel that the Anti-Christ will rule at least three countries in Africa. Egypt, Libya, and Ethiopia.

Remember the "Muslim Brother Hood" is on the move!

Biggest News Ever!!! Birth Pains of The Last Days!!! 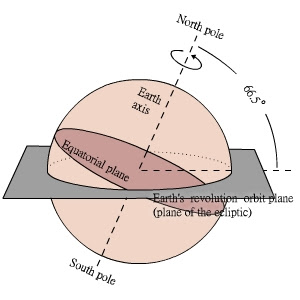 The impact of the earthquake that hit Japan in March shifted the earth’s rotation axis by 10 cm. I know you are saying at this point, that is the big news? Yes, and here is why!

I have waited with this news till others have also confirmed this news. Well one of my favorite people, Perry Store, has done just that! Along with others that I have spoken to. So here it is!

When Jesus was telling the disciples; when we would know that the time of the end here, it would be like a woman giving birth. Well we have been in the birth pains for some time, so how do we know when the baby is about ready to come. The woman will dilate 10cm. At 10cm you can see the baby's head, and along with just a few very large pains and pushing the baby suddenly appears shortly there after!

So when the Earth was shifted by 10cm, this is the sign that the return is "at the door"! Don't believe me, 2012 has been prophesied has "the wows of 2012"! What we have seen in 2011 (floods, earthquakes, tornadoes, volcanoes, and nation against nation) you will see more, bigger, and more intense events. All of which are telling the sinner to repent, and the believer to pray up, pack up, and look up for your deliverance is at hand!

So how many more years to do we have; the answer, not too many!

Remember Jesus said himself, "the generation that sees Israel become a nation again, that not all of that generation would perish before they see the son of man coming.."

Israel has been a nation since May 1948, and a full nation since 1967 with the capture of Jerusalem. So if you use the first date, that time is going on 64 years. If you use the second date, I do, that is 45 years. So what is a generation? If you take all the generations list in the bible telling of Jesus link back to Adam, with the known number of years, and divide that, you get 52 years! If you want to use 40 as a generation, we are already past due. If you use the second, we are just a few years short. Either way, the signs, the time table, the prophecies that are come true almost daily now; point to just one thing!

This is the Last of the Last Days! 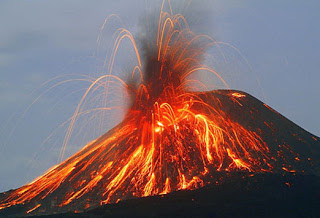 A prophecy has been given, and we will soon see if it comes true. According to the shared information, another Earthquake will hit the East cost of the United States. The quake will signal a change to come in Washington DC in leadership. The shake up will be like the last quake. The Washington Monument and the National Cathedral were both damaged in the quake, but only at the top. The foundation of both were strong, just like American. The leaders will be shaken up at the top, but America's foundation is strong.

It has also, been given that 2 dormant volcanoes will erupt in the United States. Looking at the list of dormant volcanoes in the US. Colorado 2, Mississippi 1, Missouri 1, New Hampshire 2, and Virgina 2. This is just a few, but I feel that an Eastern eruption of a dormant volcano is the more likely hood to catch peoples attention.

The economy has also been referenced, the information that was shared is that there will be two more "hiccups" in the future. But, after that the economy is to improve and get better. As stated by the prophet stating this, America has been the leading source of the spread of the gospel for years. And, God will renew the economy because of the faithful giving and labor of the Christians in American. But, it will not stay that way forever. The economy will collapse, but more than likely not till the after the rapture has occurred.

The prophet stated that others who have also seen these events, but that are saying that the economy is going to get worse; are just seeing the two short "hiccups".

We will see! The only reason I have listed the above things to come, is that the two different prophets giving the information have a 100% record.

www.e38news.com
Posted by David Arney at 8:36 AM No comments: