Muslim Author Calls For the Temple To Be Rebuilt 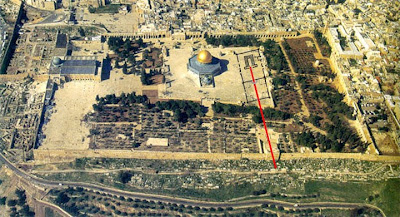 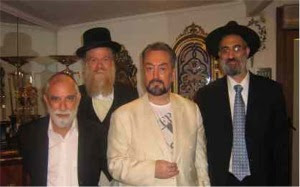 A delegation of the Jewish Sanhedrin, the rabbinical court which was re-established in 2005 for the first time in fourteen hundred years, have met with a prominent Muslim author to discuss the prospects of peace in the Middle East. Adnan Oktar, a Turkish author who has written books on creation and morality, and campaigns against atheism and materialism, invited the Sanhedrin to visit him to discuss how their shared vision could herald a new age of peace and prosperity in the world. Oktar touched on the common beliefs held by both Jews and Muslims, while the Sanhedrin emphasized the shared heritage of all mankind, and how unity between religions might be found in their adherence to the seven Noahide laws. Both parties published statements at the conclusion of the meeting. Oktar spoke about the need for a global Islamic union based on the Turkish democratic model, which would foster religious tolerance, and the Sanhedrin called for the rebuilding of the Jewish Temple in Jerusalem, which they claim will help to bring about an era of world peace. Oktar was later interviewed by Christian writer, Joel Richardson, who is the author of a controversial new book which claims that the fourth beast of Daniel is really the Ottoman empire and that the Antichrist spoken of in the book of Revelation will be a Muslim leader. During that interview Oktar remarked that many Jews, Muslims and Christians would be in favour of the rebuilding of the Jewish Temple, and he reckoned it could be accomplished within a very small timescale, possibly within a year at the most.

These talks have been going on since 2008. The main common ground is that the site for the temple is to the East of the Dome of The Rock, and will not cause a Muslim uprising. Grant Jeffery, and others at the Temple Institute have conferred that the true site of the Holy of Holies is this site. I agree with this because the history talks about how you could look through the Eastern Gate straight into the Holy of Holies. This sight is the only place on the temple mount where you can do it.

Oktar is a very popular person in the Muslim world and carries a great deal influence with them. This could just be the peaceful means by which the temple can be rebuild.

The Lost Tribes of Israel Found in Western Afghanistan

So overwhelming was his research, that the nation of Israel is now doing DNA testing on them to prove their Jewish roots and which tribe they belong too. He found that they keep and hold many of the Jewish Holidays and traditions. While they deny that they are Jewish, seeing the test results will be believing.

This will be one the big signs that the Bible speaks of that in the last days that Israel and the people will be restored.

www.e38news.com
Posted by David Arney at 8:55 AM No comments:

Turkey To Lead the Muslim World? 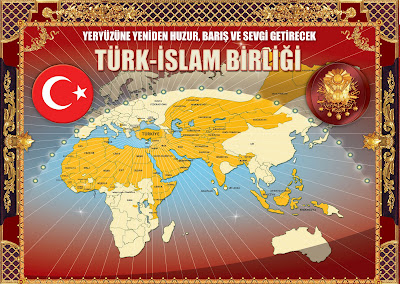 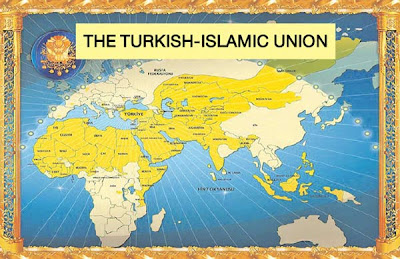 On June the 3, 2010 in Israel, the Rabbinical Council of Judea and Samaria announced today that they believe the current conflict with Turkey over a flotilla of ships trying to run the Gaza blockade may be the beginning of the ‘Gog and Magog’ end time battle prophesied in the book of Ezekiel (38 & 39).

The rabbis note that in the ‘God and Magog’ scenario the whole world is against Israel and they are attacked from the north with many other countries joining the battle but in the end Israel is saved and redeemed for the 3rd and final time ushering in a new era in world history.

Turkey is the key to uniting the Arab Muslim World. The only time in history that the Arabs have been united, is during the Turkish Ottoman Empire. The Arabs have a real hard time getting along with one another, even in the same country. There is no way that they would follow a leader from Iran, etc. But, they all say that they could follow Turkey as the head of an Arab legion.

Turkey could be the possible place that the Anti-Christ could arise.

Pictures of a new Turkish lead Muslim world appeared all over the internet just after the flotilla from Turkey.

www.e38news.com
Posted by David Arney at 8:39 AM No comments: 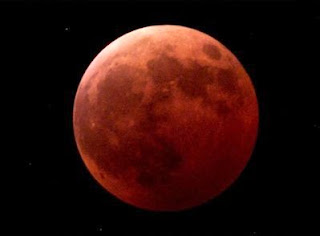 It’s particularly interesting in the light of two Bible prophecies:

Is this just the start of more signs to come? Truly this is what the Lord was talking about in Joel 2. This is how the moon will appear to be blood when God pours out his judgement on the Earth. 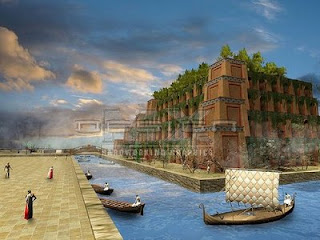 In a move that is sure to start some talk, the United States government has purchased 125 acres for a future embassy at Babylon. 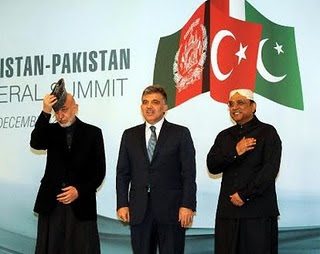 Here is some of the Ezekiel 38 countries coming better buddies.

www.e38news.com
Posted by David Arney at 7:19 AM No comments: