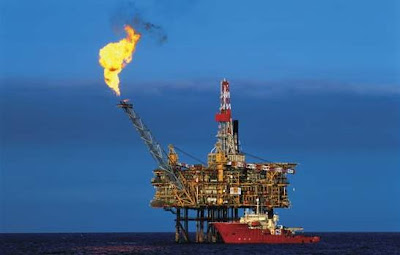 Well it has now made the headlines on Israel National News, the thought and hook in the jaw that brings Gog and his allies to battle Israel is out. The headline reads, "Energy War? Lebanon Warns Israel ‘Playing with Fire’ Offshore." Lebanon is now claiming the oil and natural gas that Israel has discovered offshore. You can read the full story here. http://www.israelnationalnews.com/News/News.aspx/145563

This is just the beginning! Israel now has the 2nd largest oil shale find on Earth. The Leviathan and Tamar fields are the largest new natural gas finds in over 10 years, with some 28 Trillion cubic feet of gas and a known deposit of 2.5 Billion barrels of oil.

As more oil and gas discoveries are found in Israel, it will make Israel a bigger target for it's enemies. And as it's wealth grows from these finds of oil and gas, it will cause Gog and his allies want to have them. Ezekiel 38 will then happen!

This is what I have been telling you here for sometime! Watch the CBN video on the media page.