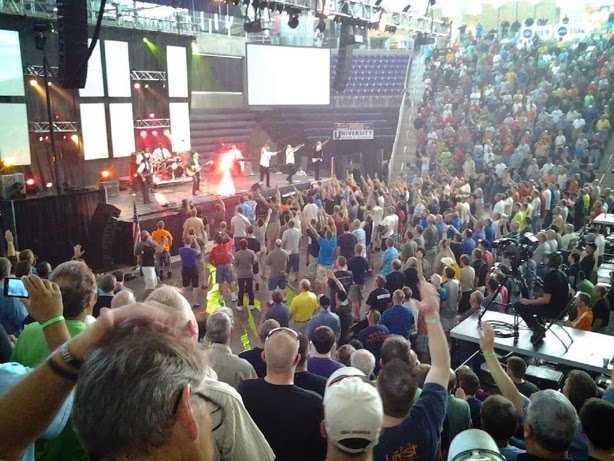 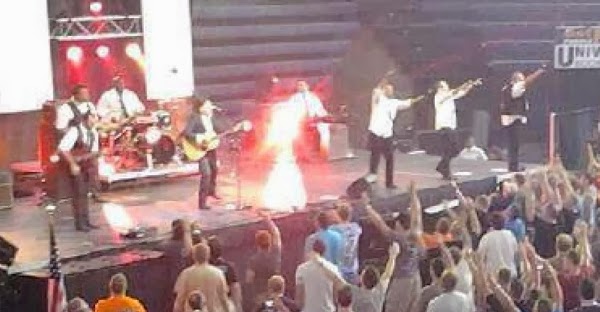 At the 2013 Promise Keepers men's conference in Cedar Falls, Iowa there was a big surprise after the person who filmed this concert got home.  The man who filmed this with his iPad was really surprise to see what he calls an Angel in the footage.

For those of you who have keep up with this site, you know that other beings of light have showed up, but mostly in Muslim videos.  Some of those images appear to have swords and joining in with the Muslims.  Bad angels.

Remember, even Satan can appear as an Angel of light.

So, why did the iPad camera capture the image of the angel, and not the human eye.   Well our vision only sees a very small amount of the visual spectrum.   Most cameras see a little more the UV light spectrum, and the IR Spectrum.  Most of these types of images, appear to fall just out side of our IR Spectrum.  The the plain eye, invisible.  To the camera, not so much.

This does appear to be a real angel!  One of the good ones! 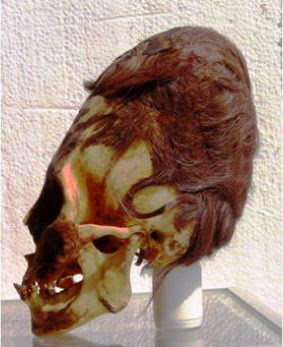 L. A. Marzulli has been working for the past few years gathering evidence that Nephilim did exist, and are still here today! New DNA evidence is now supporting this claim. L.A. will be presenting this new evidence at the 2014 Prophecy In The News Conference the 28th of this month.

Click on the link below to get a preview!

Before It Was News!