A Palestinian State by September? 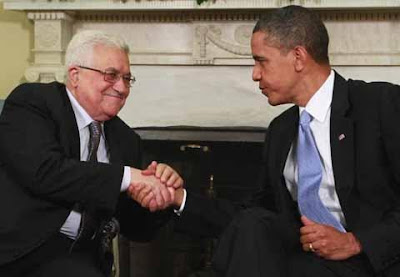 Israelis are growing anxious over the international community’s renewed rush to impose a peace settlement on Israel and the Palestinian Arabs. And the world’s impatience is being fueled by Palestinian threats to unilaterally declare statehood in September, even in the absence of a final status peace deal.

Palestinian leaders have publicly announced that they will declare independence in September and seek UN recognition of Palestine as a sovereign state.

“The admission of Palestine as a member of the United Nations has become an inevitable reality in September."

Palestinian President Mahmoud Abbas said during a visit in Tunisia that the Palestinian Authority is ready to establish a state. “We are counting on the words of US President Barack Obama who said his vision is to see a Palestinian state this coming September according to a deadline set by the Quartet.”

This is an event that will start a major judgement against America! Remember, God said that Israel is God's Land! And, it shall not be divided! We need to be so very careful! Pray that our leaders will not support this action!

I choose to be on the side of Israel, and the Lord's!