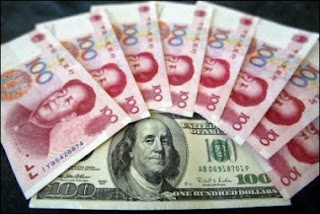 China is thought to have one the strongest economies in the world, but in fact theirs is not much better than anyone else. Because of China's promise of 100% employment, they have been building "Ghost Cities" in the middle of nowhere. They have built 26 of them so far, and many more are on the way. These cities only have a security force and a small maintenance staff to keep them up. You can look them up yourself on the internet. These are large full cities. Just almost no one lives there.

China also has thousands of warehouses full of goods that no one wants to buy. When they setup a factory they just produce millions of the items that factory makes. The number of items is not based on orders around the world, but set up to keep the workers busy. So they make way to many items that can be sold.

China has also, been inflating their Yuan currency value. This has many around the world worried.

China has also, been spending Trillions on weapons! Ships, planes, missiles, etc. So when you really compare China to the US. The US is still much better off.

www.e38news.com
Posted by David Arney at 2:22 PM No comments: 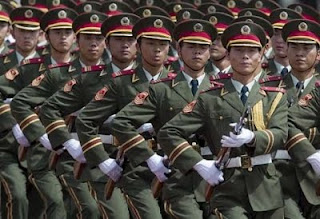 China's gender imbalance is growing worse than ever. The Male to Female ratio is now over 120 million more men than women. These men have no hope to marry, there are no women. China's system of the male children taking care of their parents, as well as carry on the family name, is to blame.

With modern medicine, parents can learn the sex of their baby, and abort a female child. Also, in rural areas, tradition was to drop female babies down a well. The law pasted back in 1979, limits parents to one child. Having more than one comes with huge fines.

So what does this have to do with Bible Prophecy? Remember the Army of 200 million men that marches from the East? What better way for a nation with over 1.3 Billion people to get rid of it's problem of to many men than to have a war.

China should have an over population men that would reach 200 Million men in just a few more years.
Posted by David Arney at 12:20 PM No comments: 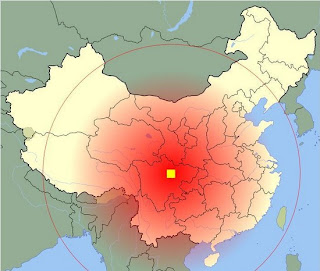 In 2008 China had a very major Earthquake. What is now coming to light is that this is the area where China had its underground nuclear weapons manufacturing and storage facility. Just a few seconds before the Earthquake, it has now come to light, that there was the largest underground explosion ever recorded, 80 to 100 megatons in size. That is hundreds of times the size of the bombs dropped on Japan. (10 kilatons)

During the quake that followed, powderize concrete found its way up through a crack in the mountains. Shooting a stream of the powderize concrete between 4 to 6 ft in size over 550 ft in the air. Witnesses say that it looked liked tooth paste being squeezed out of a tube. The explosion and quake killed all the workers, destroyed the facility, along with 90 percent of China's nukes.

The area is off limits to everyone. China choose to keep its nukes in one area, so that near total control could be maintained. China has a long history of War Lords, and did not trust to have its nukes spread out all over the country. 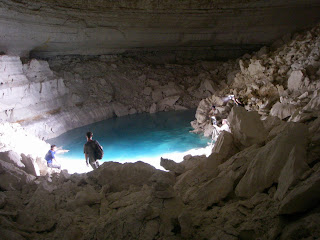 Turns out the Bible is right again!

USGS has confirmed that Israel has also found crude oil in the natural gas field. As the exploration of the field continues deeper into the ground, 1.5 Billion barrels of oil has been found. It is thought by USGS that the field will contain 26 billion barrels of oil over time. Again, this the equal to the largest field of oil that Saudi Arabia has been pumping out oil since the fifties. Once tapped, this find will make Israel a very rich nation.