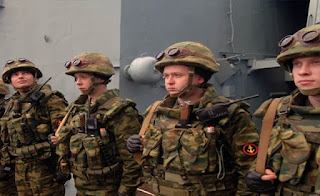 Russian special forces have arrived in the Syrian. The job of the troops has not fully come to light, yet. But, it appears that they are there to help the Syrian President stand his ground. They are also there to keep other countries from using air strikes to help the rebels in their attacks.

This is GOG starting to get involved directly in the Middle East.

www.e38news.com
Posted by David Arney at 3:47 PM No comments: 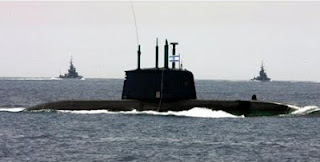 Israel signed a contract Wednesday to purchase its sixth Dolphin-class submarine for a reported $530 million. Germany will fund a third of the vessel's cost.

The new and improved Dolphin submarine is the most advanced of its kind, operating solely on regular diesel fuel, as opposed to nuclear fuel like all other military watercrafts in the world. According to foreign reports, the new Dolphin would be able to carry nuclear weapons and its various capabilities would allow for it to operate in many scenarios and missions, even on prolonged and distanced voyages.

In the months to come, Navy officials are expected to travel to Germany to get better acquainted with the fourth Dolphin submarine, which is currently being built there, and transport it to Israel within the upcoming year. The fifth submarine, also being worked on in Germany, will be transported in a similar way the following year.

Israel operates three Dolphin submarines now, one off it's coast, two in the Persian Gulf.

www.e38news.com
Posted by David Arney at 3:22 PM No comments: 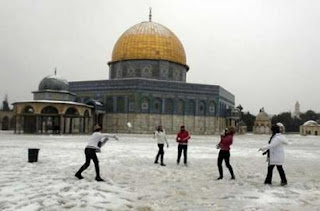 The snow blanketed famous Jerusalem landmarks like the Jaffa Gate, the Western Wall, and the Temple Mount in the Old City.

Snow or rain so late in the season is known in the Bible as the latter rain. The precipitation is needed since Israelis are in the middle of a drought.

Is this a sign that the "Latter Day Rain", which refers to the Holy Spirit, is starting to begin?

www.e38news.com
Posted by David Arney at 3:31 PM No comments: 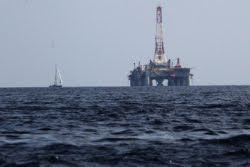 Israel's Modiin Energy and Adira Energy Corp. on Tuesday confirmed the discovery of an commercially viable quantity of oil just 15 miles off the coast of Tel Aviv.

Modiin majority shareholder Tzahi Sultan told Israel's Globes business newspaper that drilling at the Gabriella site should begin later this year, and a well will be in place producing oil in about five years.


It just keeps getting better and better!

www.e38news.com
Posted by David Arney at 3:25 PM No comments: